The story of Lucky Douche 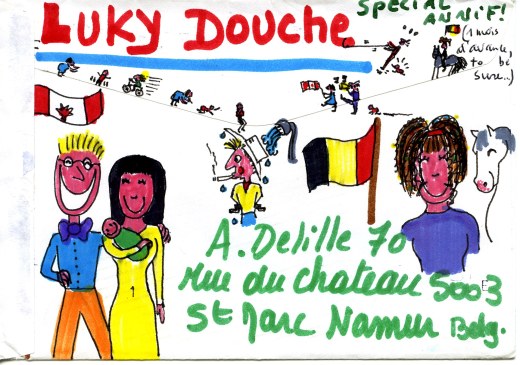 Letter sent to Lucky by Amélie in March 1998.

In 1993 and ‘94, Lindy and I embarked on a long voyage throughout Austral Africa.  It was truly the trip of a lifetime.  We had left Europe where we had both been working for a number of years in the Graphic Arts industry and decided to spend six months in Africa before settling in Toronto where Lindy’s family had immigrated fourteen years earlier.

Our fist stop was Zimbabwe, Lindy’s country of birth, where we bought a 30 year-old Landrover, which we converted into a fairly comfortable camper.  It proved, against all odds, to be a very reliable vehicle, taking us through deserts and rain forests for months and thousands of kilometers without ever giving up. 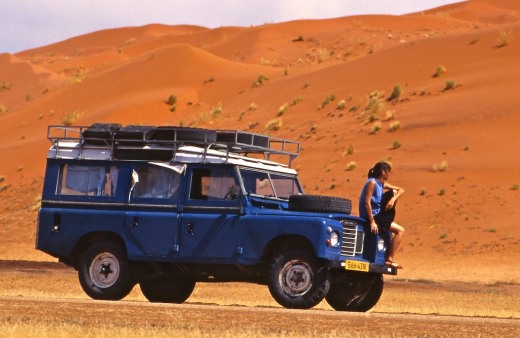 Over the following months, we crisscrossed Austral Africa in all directions.   From Zimbabwe through Mozambique, then Malawi, up to the Tanzanian border, then South-West to Zambia and back to Zimbabwe.  After a couple of weeks of rest in Harare, we embarked on our second expedition to South Africa all the way to Cape Town, followed by Namibia and Botswana and finally back to Harare a few months later.

During this long expedition, we did learn first hand the tremendous value of water conservation, crossing the Karoo, the Namib and the unforgiving Kalahari with what we realize to be today unconscionably low water reserves. 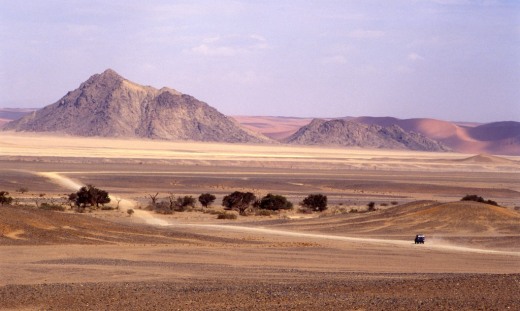 Coming from Belgium where it reliably rains 300 days a year, the spectacle of the Kalahari and its lunar landscapes was sometimes beyond understanding.  That life could not only survive, but also thrive in these harsh and arid conditions, was something that we had never anticipated.  We realized to what point in these regions of Africa, meager resources had to be carefully preserved and shared with prudence and equity. 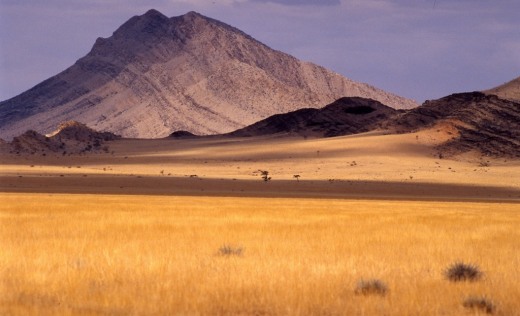 I promised myself that I would no longer waste resources, food, energy or water.  As a symbolic daily reminder, I decided to cut my showers to less than a minute – which was not that much to do really.  I used to call them my “flash showers”, but now, of course, I call them my “lucky showers”.

When my goddaughter, Noélise, came to stay with us in the summer of 1997, I told her about our trip to Africa and my new commitment.  She was only 12, and therefore I made it sound like a joke.  I told her that I was like a lonesome cowboy, trying to take showers faster than his own shadow.  I challenged her to try and beat my record.  She did very well.  We had lots of fun in the bathroom trying to outpace each other.

This is how Lucky Douche was born, and how the adventure began … in the incredibly imaginative mind of two young girls in rainy Belgium. 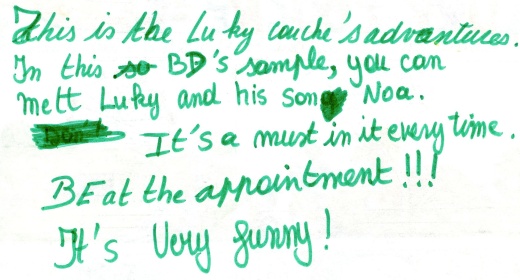